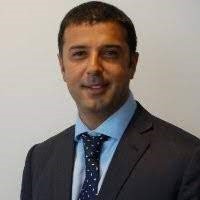 Sajjad is an advisor to the Dolma Fund Management. Sajjad provides strategic and investment advice across a range of topics including investment and portfolio management, structuring, fund raising and general corporate management.

Sajjad is a Managing Director at HSBC Principal Investments, where he is a member of its global Investment Committee. He has responsibility for its direct, co-investment and impact/sustainability investing activities and has wide ranging private equity investment experience across sectors and geographies.   Sajjad joined HSBC in 2005 bringing with him over 12 years of investment banking experience and during his career, he has acted as financial adviser, senior lender, mezzanine lender and equity investor to transactions totaling over USD8bn. In addition to his investment activity at HSBC, he was instrumental in establishing the Middle East and North Africa Infrastructure Fund (MENA Infrastructure Fund). In his role at HSBC, Sajjad currently serves on a number of company Board of Directors and subcommittees.

Sajjad read Economics BA (Hons), is a qualified accountant and holds a MBA from the London Business School. Prior to joining HSBC, Sajjad worked at Newcourt Capital and Hambros Bank where he began his career. 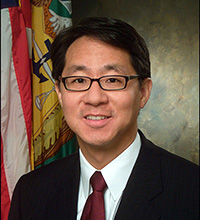 H.E. Curtis S. Chin is former U.S. Ambassador to the Asian Development Bank (ADB), serving under Presidents George W. Bush and Barack Obama. As a member of the bank's board of directors, he was a regular voice for strengthened governance, risk management and development efforts focused on people, planet and partnership - particularly in Asia's poorest and least-developed nations.

He is the inaugural Asia Fellow at the Milken Institute, focussed on widening access to capital, creating jobs and improving health. He is a trustee of Community and Family Services International of the Philippines and a Managing Director with advisory firm RiverPeak Group LLC. Previously, Ambassador Chin was a senior executive with Burson-Marsteller, where he led operations in Beijing and Hong Kong and provided counsel to governments, business and international organisations in such areas as stakeholder engagement, public affairs, corporate responsibility, crisis management and market entry. He has also worked for Burson-Marsteller in Tokyo, New York and Washington, D.C.

Ian was the UK Minister for Science and Technology from 1994-1997 and Member of the UK Parliament for 23 years until standing down at the May 2010 General Election. He chaired the all-Party Parliamentary and Scientific Committee and was an officer of several all-party Parliamentary committees including the Corporate Social Responsibility Group, the Office of Science & Technology, the European Information Society Group, PITCOM (Information Technology Committee), and was co-Chairman of the Space Committee. He sat on the Commission on National Security in 2007/09 and has written and spoken extensively on these subject areas. Prior to entering parliament, Ian had an 18 year career in international investment banking.

Ian is now a Strategic Advisor to Inmarsat, the world leader in global mobile satellite communications. He was an advisor to the European Space Agency’s Integrated Applications Programme and was one of the former ESA DG's strategy advisors. He chairs the Advisory Board of UK Innovation & Science Seedfund (UKI2S) which invests risk equity capital in ventures emerging from the UK national science research base. Ian is a founder-director of Living PlanIT which has developed a software platform for real-time big data analysis and integration to enhance health and environmental outcomes in urban areas.  He is an advisor to several other tech companies and to Nova Pangaea which converts biomass waste into fuel .

Ian chairs the charity League of Remembrance, founded in 1915.  He also leads the Development Committee of the British Society for Research on Ageing. 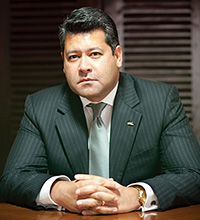 Siddhant is Chairman of White Lotus Centre, a Private Sector Development, Public Communications and Project Management advisory firm. Between 1998 and 2003, he was Vice President at Merrill Lynch International Bank and then director for Asia-Pacific at Riggs Bank in London, advising multinationals and high net-worth individuals. He was CEO of Ace Development Bank, Nepal's largest development bank, where he initiated ground-breaking activities, in partnership with international organisations, such as climate financing that allowed 5,000 rural households to make a sustainable living, and access to finance for Small and Medium Enterprises.

He handled Nepal's largest IPO, which, until now, is the first case of a public institution in the financial sector being privatised. He successfully lobbied for the first dollar denominated bond in Nepal for a hydropower company, which he conceived and structured in order to encourage foreign direct investment. A graduate in Business Administration and Development Studies, Siddhant has gained academic degrees from Virginia Tech (USA), The London School of Economics (UK) and University of Bristol (UK). He also served as the Chairman of Credit Information Bureau.